The Gilcrease Expressway is finally cutting scars at the edge of Tulsa and Sand Springs. My mother has been fascinated with it since 1954 when surveyors knocked the doors of Bruner Station to inform residents they lived on zoned land. She would often point out the route intended to become the Gilcrease.  "Right there is where the highway will run." Now she hopes she lives to see it finished. I often snap a picture of the progress and send it to her. This is one of those pictures. But my mother and her fascination for the infrastructure of the Gilcrease Expressway is not this story.

This story is about a boy who died.

In 2007, Ryan walked into my classroom. I had been given a 7th hour Creative Writing class two weeks before fall semester. I would like to say I was excited for such a course, but teachers are often put upon at last moments, and I was frustrated. Nevertheless, an eclectic gathering of creatives and a few others in need of a place to exist sauntered into Room 208 that hot August for some creative communion.

This is not a tender story about a student who greatly influenced his teacher, or vice-versa. No. It’s not even a story, really. This is a memory of a boy who made bold choices and smart poetry.  A memory that needs a place to stay.

I was not close to Ryan. He did not mark his time in my teacher-heart with endearment, or outstanding academic achievement. He did not seek out advice or preserve his feelings about my class in a kind letter, nor did he strive to establish any other form of fond remembrance. He did, however, for my personal benefit and reflection, Sharpie the words F**K YOU on the toes of his dirty black Converse. I see him clearly in my mind: long black hair, coffee brown eyes burning the wall across, arms crossed defiantly, head high, nostrils flared. And those angry shoes neatly graffitied in quiet rebellion.

He had a point, but as a teacher, what else could I do?

Other than the few benign slugs breathing for credit, this mix turned out to be insanely perceptive. They were curious and aware, and they celebrated their take on the world in discussions of such intensity and rigor that a closed classroom door was required.

Though most knew where to draw the line, Ryan never cared much for boundaries. The lackluster content of our school newspaper was a favorite target, largely due to the fact that the student editor was also in the class. She was his antithesis in politics and persona and defended her newspaper fiercely. Unsettling her was Ryan’s favorite pastime. God love her and forgive me, the newspaper was, indeed, awful. One heated afternoon, Ryan delivered a sardonic critique along the descriptive lines of, “a pisspoorly edited pedantic piece of absolute crap,” which warranted a trip down the hall, not because I disagreed with his assessment or colorful description, but because that was my job, and the editor, who never lost her nerve, was crying in a corner with her damaged ego.

The screaming shoes came out the next day. Out of respect for his audacity, I pretended not to notice.

Near year’s end, I came across a publishing opportunity for students. I had in mind a biting, but particularly clever poem of Ryan’s for entry. He shrugged it off, so I filled out the form myself and gave it to him. Just before graduation, he dropped off a letter from the Publisher. His piece had been accepted. He had mailed it after all. He did not sweep me into a hug or thank me for believing in him. That is not this story. He handed me the letter and walked on.

Graduation 2008 was unremarkable. Our graduation ceremony is equally pomp and circumstance, sap and sentiment. Robed teachers greet graduates as they step off the stage. Some shake hands, some hug. Some stalk by with indifference. There are tears and laughs and pictures. I was quite surprised to see Ryan lumbering toward me, diploma in hand, dark eyes focused. He embraced me briefly, awkwardly, and walked on. I did not see him again after he left my classroom on the last day. I really don’t remember if we said goodbye.

In February 2010, Ryan was killed in a fiery car crash near my home. I spent a great deal of time in the days after his death immersed in my own strange remembrance ritual: reading his class poetry and stalking his Myspace page. Among pictures of him flipping off the camera or holding a poised can of spray paint, are his musical creations with their blatantly Ryanesque titles: French Models and Fondue, Arrogant Junkies, and near the bottom, most fittingly, deadbeforethefirestarted, lest he ever be accused, even in death, of NOT shocking the innocent MySpace creeper.

I think of Ryan nearly every day since his accident. His small memorial sits on the roadside. I pass it on my daily treks to Tulsa: a white crooked cross just beyond the black char marking a life cut short. Ryan in his Converse.

A few days ago, his cross was replaced with cement culverts awaiting placement for the Gilcrease Expressway. My heart caught. This highway my mom has anticipated for a lifetime will run right through that instant that took another’s time of life.

Time and MySpace. A lifetime and an instant.

I do not know the significance of it all, of the finally realized Gilcrease, of this sweet and strange connection to a dark and bright boy who died before he really lived. Perhaps there is some delightfully twisted symbolism in Ryan’s memory forever tied up in miles of long awaited highway. I think he would think so.

What I do know is the Gilcrease is finally going up, my mom is pleasantly delighted, and Ryan, forever in F**K YOU Converse, is published once again. 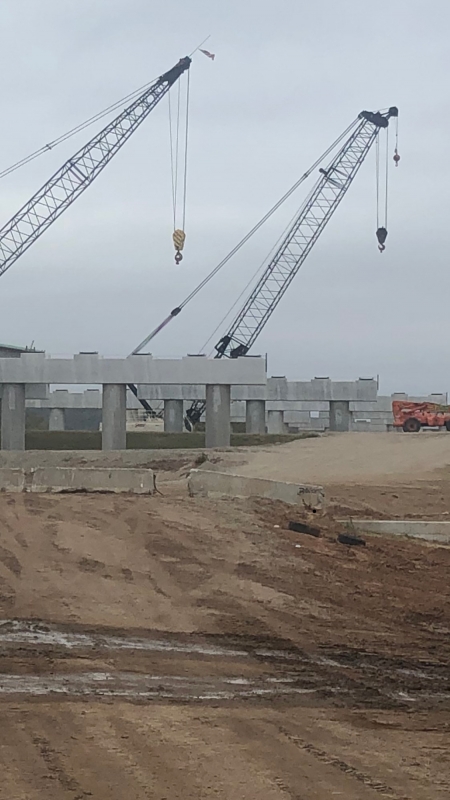